Start a Wiki
"A View from the Ledge" is the first episode in Season 2 of Chasing Life. It aired on ABC Family on June 6, 2015.

April and Leo leave the hospital one month after their proposal, and they begin plans on an engagement party. After quitting The Boston Post, April tries to get another journalism job. Natalie continues to question whether Dominic still has feelings for April. 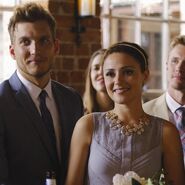 Add a photo to this gallery

Retrieved from "https://chasinglife.fandom.com/wiki/A_View_from_the_Ledge?oldid=6519"
Community content is available under CC-BY-SA unless otherwise noted.